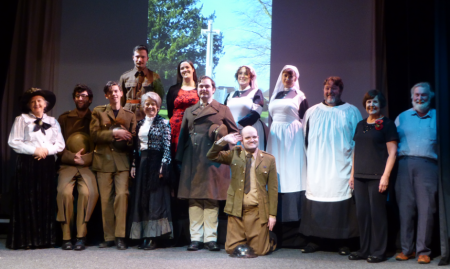 The final three performances of “Only Remembered”, the Back to the Front Project’s WW1 production were all sold out at the Henderson Hub last week. Director Simon Ash took the stories of local people, press reports, letters and diaries to write a script which painted a picture of life in the village and at the Front during the Great War. This was set against a varied selection of well and lesser known songs from the time chosen by Musical Director, Brenda Southorn. The production formed a poignant, emotive and respectful tribute to those from the village that served in the Great War.