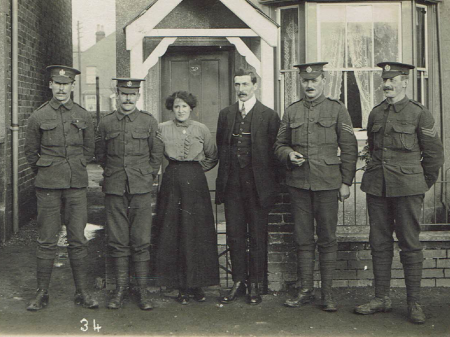 The Project was recently contacted by Steve Cornock. His wife’s grand-parents, William (Bill) and Eliza (Tot) Johnson lived at 39 Adrian Road at the time of the Great War. William worked as a Coal Porter at the Leavesden Asylum and was conscripted in 1916, and served for the rest of the War with the Royal Garrison Artillery. The photo shows Bill and Tot with members of the Post Office Rifles that were billeted with them outside 39 Adrian Road.